The Robotic and Artificial Intelligence Enabled Advisory Services Rules 2021 was issued by the Financial Services Commission (FSC) on June 12, 2021, to regulate the conduct of activities and in this context, a set of FAQs was issued pertaining to the same. The freshly issued FAQs mention that any company incorporated under the Companies Act 2001, including a GBL holder is eligible to apply for a Robotic and Artificial Intelligence Enabled Advisory Services licence in line with Part IV of the Financial Services Act 2007.

In an interview, the FATF President Mr. Marcus Pleyer terms the removal from the grey list as a major milestone achieved by Mauritius and largely facilitated by implementing a reform programme designed to crack down on illicit finance. He told that since being listed on the FATF increased monitoring list, ‘Grey List’, the jurisdiction has been successful in improving the implementation of anti-money laundering and counter-terrorist financing controls where it has not only been able to make legal and regulatory changes but also conduct reforms significantly in the way its anti-money laundering and counter-terrorist financing system works in practice. Mr. Pleyer affirms that the reforms constitute a real increase in the jurisdiction’s effectiveness in detecting and probing such crimes together with preventing them to take place. 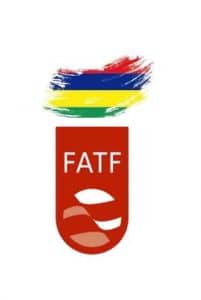 The Ministry of Financial Services and Good Governance of Mauritius released a communiqué highlighting that the FATF Plenary decision is a global acknowledgment of the effectiveness of the Mauritius public and private sector institutions and their cooperation in combating money laundering and terrorism finance. Moreover, it underscores that AML and CFT remain a high priority on the Government’s agenda and that Mauritius is committed and shall take the necessary bold measures required to protect the integrity of its financial system including the global business sector.

Mauritius Finance, the leading financial services trade association has launched its Special Edition of the Mauritius International Financial Centre magazine, which will focus on the theme of “Building an innovative path to a sustainable future” and which will be featured at Dubai Expo.

The magazine is available in digital formats and it can be read on desktops and laptops here or can be downloaded as a PDF on this link.